My earlier work examined the construction of Amazonian indigeneity in relation to the Ecuadorian oil complex. I emphasize how resource histories inform Native Amazonians’ views on their future as citizens at the margins of the nation, and how these views shift according to their continuously-developing relations with state and oil firms. I explored discursive strategies, performances, and alliances that Amazonian residents draw upon to stake environmental claims in today’s increasingly transnational arena of environmental politics and governance. This research has resulted in peer-reviewed publications that reflect the breadth of my interests: systems of representation and meaning shaping environment and resource governance (Environment and Planning A), the articulation of identity politics and resource governance claims (Alternatives: Global, Local, Political), and everyday practices and spaces of indigenous identity production (Gender, Place, and Culture). Along the way, my interests shifted towards understanding the articulation of petroleum and citizenship in Ecuador. I focus on organized labor–how petroleum and the spaces of its transformation matter to the making of unions and their demise–and on the construction of imagined communities of petroleum citizenship vis-a-vis neoliberal and ‘post’-neoliberal restructuring. In this vein, I have publications that examine the intersections of resources, neoliberal policies, and state-formation and how these bear on the (re)production of citizenship (Political Geography, Geoforum, and Focaal).

Life with Oil in Ecuador

In this project, we investigate the effects of new regulatory changes in Ecuador on the relationships between government, oil industry, and communities. The research takes place in Waorani communities in the Ecuadorian Amazon, a major site of oil extraction, as well as in the coastal city of Esmeraldas, home to the nation’s main oil refinery. Ecuador, like other countries in South America, has recently sought strategies to reduce its dependency on foreign direct investment and imported energy. The project contributes to anthropological and broader social scientific analyses of environmental and energy policy, and analyses of regulation and public policy. Read our invited research commentary, Crude Entanglements: Living with Oil in Ecuador, published in Anthropology News, August 11. Section: NSF Achievements. Our book, Oil, Revolution, and Indigenous Citizenship in Ecuadorian Amazonia, builds on this research to contextualize oil and Revolution in twenty-first century Ecuador. Ecuador’s recent history is marked by changes in state-citizen relations: the election of political firebrand, Rafael Correa; a new constitution recognizing the value of pluriculturality and nature’s rights; and new rules for distributing state oil revenues. One of the most emblematic projects at this time is the Correa administration’s Revolución Ciudadana, an oil-funded project of social investment and infrastructural development that claims to blaze a responsible and responsive path towards wellbeing for all Ecuadorians. We examine the key interventions of the recent political revolution—the investment of oil revenues into public works in Amazonia and across Ecuador; an initiative to keep oil underground; and the protection of the country’s most marginalized peoples—to illustrate how new forms of citizenship are required and forged. Through a focus on Amazonia and the Waorani, this book analyzes the burdens and opportunities created by oil-financed social and environmental change, and how these alter life in Amazonian extraction sites and across Ecuador.

In 2017, Flora Lu and I were interviewed at the USFQ Tiputini Biodiversity Station by journalism students from McEwan University.

The Chokepoints Collective brings together social scientists from anthropology, geography and sociology to examine chokepoints–canals, tunnels, pipelines, geopolitical corridors, etc–from around the world. Our collective mission is to define the problem and intellectual field of chokepoints through rigorous ethnographic and interdisciplinary inquiry. The project is funded by the NSF (2016-2018) and made possible to send six established ethnographers to six corresponding chokepoints to conduct 2-4 months of concentrated research. Fieldwork was conducted in 2016-2018, with the team convening for a workshop that led to individual and collaborative publications (peer-reviewed journal articles, an edited volume and a website) in 2017 and early 2018.  Doing so, the Chokepoints Collective develops analytics of vital interest to a number of scholarly disciplines–and, more importantly, to a range of contemporary global concerns. Read about our collective work in Limn.

My work with the Chokepoints Collective  centers on how citizenship is transformed amid the interplays of global oil and Correa’s Citizenship Revolución in Ecuador. Framing the Esmeraldas refinery as a chokepoint of global and national energy flows, I examine how the global geopolitics of oil have shaped life in Esmeraldas.  I use ethnographic techniques to raise deeper questions about the extent to which local communities and ecologies can—and cannot—alter the functioning and future of these critical nodes in the world energy complex. My essay Viscosity: A Minor Theory of Oil Capital Flow, traces the sticky interplays of infrastructure, toxic waste, and labor in Ecuador’s Esmeraldas oil refinery.

Under review. The Realpolitik of Life-With-Oil (with F. Lu).

Accepted. Lyall, A. and Valdivia, G. The Speculative Petro-State: Resource Populism and Price Volatility in Ecuador. Annals of the American Association of Geographers.

Forthcoming. Lyall, A. and Valdivia, G. “Sustainability and its Entanglements: An Indigenous Oil Company in the Ecuadorian Amazon.” In Environment and Sustainability in a Globalizing World, Andrea J. Nightingale, Tom Böhler, Ben Campbell, editors.

2018. Valdivia, G. “At the Margins of Citizenship: Uneven Development and the Revolución Ciudadana in Esmeraldas, Ecuador.” In Race and Rurality in the Global Political Economy, Michaeline Critchlow, ed., Fernand Braudel Center for the Study of Economies, Historical Systems, and Civilizations and SUNY Press.

2012. Mobilizing for the Petro-Nation:  Labor and Petroleum Neoliberalization in Ecuador. Focaal—Journal of Global and Historical Anthropology 63(3): 69-84 (with M. Benavides). [link]

2009. Indigenous Bodies, Indigenous Minds? Towards an Understanding of Indigeneity in the Ecuadorian Amazon. Gender, Place, and Culture: A Journal of Feminist Geography 16(5): 535- 551. [link]

2008. Governing Relations between People and Things: Citizenship, Territory, and the Political Economy of Petroleum in Ecuador. Political Geography 27 456-477. [link]

Oil Revolutions: The urban territories of petro-citizenship in Esmeraldas, Ecuador. 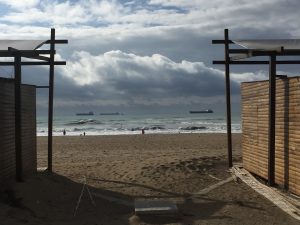 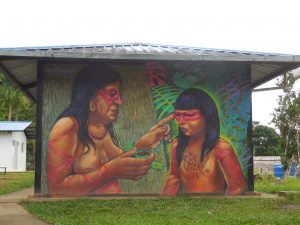 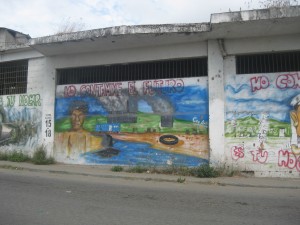